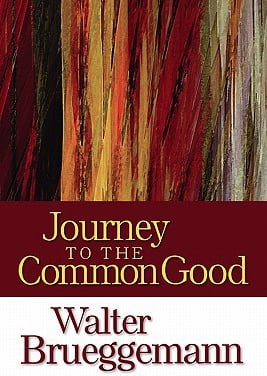 I’m sitting in the Montreal airport, on my way home after three weeks on the road. I’ve been in Cuba for two and a half weeks with the CBM 2013 Praxis team (a scholarship program for Canadian Baptist seminary students) and then at an interfaith conference at McGill University, the purpose of which was to dialogue about the sacred-secular divide in Canada. Both events were stimulating, challenging, enriching, stretching. I hardly know where to begin! My mind is going in a dozen directions…

A theme which has come to the surface again and again – both in Cuba and at the McGill Conference – is the idea of “common good”. I don’t think the “common good” was ever identified as the focus of our conversation, but there were many references to this term. We didn’t talk about what it means – I guess it’s assumed that we know.

But for me it’s an important question – what is the common good in a pluralistic society, operating in a globalized world? Maybe you’re thinking that Cuba is on the sidelines when it comes to globalization but I would argue that even Cuba, despite being shut out of many of the economic practices of globalization, is still greatly influenced by global cultural and political processes. And in terms of pluralism, I discovered that there are many “realities” in Cuba, none of which can be adequately understood or appreciated in a short visit.

So what is the common good? Who decides? Is it the state? Civil society (another term that requires definition and clarification)? Faith groups? Individual citizens, informed by their various affiliations and intellects?

A book by Walter Brueggemann – Journey to the Common Good – has been incredibly helpful in my thinking about these issues. In this book Brueggemann argues that there are two fundamental realities – two contradictory visions of life in the here and now. And he argues that we are on a journey from the one to the other.

Empire, according to Brueggemann, is rooted in a system of scarcity which produces anxiety and fear. There is never enough. And so we are engaged in all kinds of activities and anxieties as we fight for our “fair share” of scarce resources. Ok – realistically, the ones who are most concerned about “fairness” are usually those who don’t have enough (whatever that means in a certain place and time) OR, increasingly perhaps, those whose worldview is informed by faith. And that’s where the other vision of life comes in.

Brueggemann – writing from a Christian perspective – says that the other reality is actually a kingdom view. A view not based on scarcity but abundance. From this kingdom perspective there is enough for everyone and so there is no need for anxiety and fear. Our relationships – when we’re operating within this perspective – aren’t dictated by power struggles or greed. No one takes more than he needs at the expense of those who don’t have enough. The common good – expressed by Brueggemann as neighborliness – is the defining characteristic of this reality.

So the question becomes, how do we move from one reality to the other? My understanding of Jesus’ call to us is that we are to live according to the principles and ethics of the kingdom, here and now, even though the system of scarcity is the first thing we see in the morning when we open our eyes and the last thing we see before closing our eyes at night. Much of the world knows scarcity all too well, and the rest of the world fears it.

The scarcity system is real. But perhaps so too is the abundance and sufficiency of the kingdom. And I suspect that the only way to experience kingdom abundance is to let go of our assumptions and fears about scarcity. And that requires more than a professed faith – it requires a faith that demonstrates a real reliance on resources that we don’t see and a God who promises to provide but must first wean us from our impulse to look after ourselves. I long for and pray for such faith!