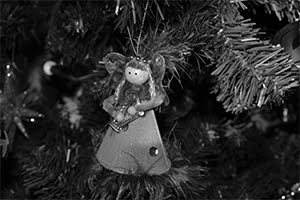 Relax, Christmas is over for another year! How was your holiday season? Hopefully it was peace filled and a wonderful reminder of the birth of Christ our Saviour. However, for some Christmas is a not a pleasant time of year. It is without doubt one of the most stressful times of the year – the expense of buying presents; unfamiliar family dynamics and last minute preparations can all combine to make Christmas anything but ‘the most wonderful time of the year.’ The stress associated with the festive holiday can be described as Christmas ‘fall-out’. A study conducted by the Daily Telegraph newspaper has shown that January 8th is the busiest day of the year for divorce lawyers. The enforced intimacy of Christmas, coupled with the start of a New Year is thought to be the trigger. It is believed that up to 1 in 5 couples will enquire about divorce following Christmas. Yet, ironically, fewer than 40% of those who do separate will be happier in the long run.

And if people do ‘survive’ Christmas they perhaps consider setting a New Year’s Resolution. Top of the list is ‘losing weight’ closely followed by ‘getting organised.’ However, according to Forbes magazine, only 8% of New Resolutions made will be achieved by the time next Christmas arrives. The gyms and fitness centres that see a spike in membership in January see attendance figures returning to normal by March. If one is not careful one could get a bit depressed with all of this seeming doom and gloom.

Isaiah 43 recalls a time when the people of God were suffering under Babylonian rule. Some of the people had been taken captive and those who remained in the land of Judah suffered from foreign rule. Things were difficult in so many areas: physically, culturally, economically and religiously. It seemed as if ‘hope’ had vanished. Yet in the midst of this time of persecution and suffering the prophet Isaiah reminds the people that God is mightier than Babylon. According to one commentator the prophet’s task was, “to rebuild the people’s understanding of themselves as God’s own people and to reassure them that their God was fully capable of taking on the Babylonian superpower in order to save them.” God was about to do a ‘new thing’.

Are you feeling Christmas fall-out at the moment? Has the festive season left you a little battered and bruised or even worse, without hope? Let me encourage you this day that God can do a new thing in your life. It might be springing up already! The Babylonian empire didn’t survive but God’s promises did. God sending his Son ultimately fulfilled the salvation promised. The birth of the Messiah was only surpassed by the death and resurrection of that same Messiah, Jesus. What was promised at Christmas was fulfilled at Easter. Perhaps today you are waiting on God, let me encourage you that God hasn’t forgotten you, he hasn’t forsaken you, in fact he sent his Son to die for you. Today, maybe God’s word for you is to forget the former things because a new thing in this New Year is about to take place in your life.