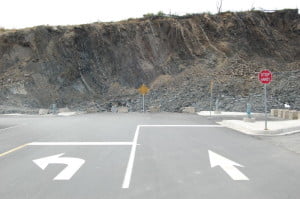 In every great crisis, the human heart demands a leader that incarnates its ideas, its emotions and its aims.  Till such a leader appears, everything is disorder, disaster and defeat. (From a New York Times editorial a week after the fall of Fort Sumter, triggering the start of the American Civil War.)   Many would argue that the then new President of the United States, Abraham Lincoln, proved to be such a leader.

I believe that many churches in North America are in desperate need of this kind of leadership today.  Churches are closing in record numbers, and of those still open many are barely holding on, uncertain of their future, feeling despair but longing to once again be places of light and life.  Perhaps you know of such churches.

Some think the notion of leadership has no place within the church; that somehow it is incompatible with congregational governance. Such people derisively dismiss leadership as being about control and attempting to get one’s own way.  That concept, however, confuses manipulation with leadership.

I am a great believer in the importance of good leadership.  From my reading of Scripture, every time God moved in a powerful way among his people He first raised up a leader – what we could call an Impact Leader.  I further believe that as Christ-followers, whether lay or clergy, we are all called to be leaders, as leadership is ultimately about influencing those around us.  (For a great read on our common call to leadership, check out this article of Tim Elmore’s … http://growingleaders.com/blog/is-everyone-a-leader/).

This is why Impact Leaders is one of the three identified key components (along with Infuse Culture and Ignite Mission) of this mission partnership of churches called the CABC.   There is an intentional double meaning to the phrase – Impact Leaders.  It is both verb and adjective. A key priority as the CABC is to impact (verb) leaders; as well, we will work for the churches of the CABC to be full of Impact (adjective) Leaders, both clergy and lay.

Those in leadership will have an impact, whether positive or negative.  Our purpose is to encourage God-focused Impact Leaders and leadership that is highly missional, collaborative, innovative, vulnerable, resilient and transformative.

God is still in the business of raising up and using Impact Leaders for Kingdom mission today.  May it be so.  May it be us to God’s glory.