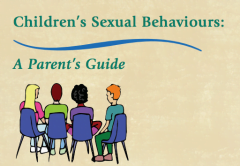 Sex is a very tricky subject for us to tackle when we’re aiming to infuse culture. What IS normal, healthy sexual behavior? Who decides what’s normal? If something is normal, is it also healthy? Is there a slippery slope when it comes to sexual morality or is that just a figment of the imagination of the sexually repressed to spoil other people’s perfectly legitimate sexual fun? So many questions!

You can hardly turn on the news these days without hearing about some new (or in many cases, old!) case of sexual offence, often involving the abuse and exploitation of children by a person in a position of authority or trust. As a society we take the protection of our children very seriously. We are shocked and horrified by any sexual abuse of children.  It’s a difficult subject to broach…

As Christians, how do we speak God’s wisdom and word in the public square? How do we advocate for justice for the vulnerable? When and how do we speak to our elected representatives about moral issues so that our concerns can be heard? Within a multi-cultural and pluralist society, how can we bring our faith to the table where policies are made to align with “secular values” so as not to favour any one faith perspective over others?

I recently became aware of a brochure that the PEI Child Sexual Abuse Advisory Committee has updated and expanded, called Children’s Sexual Behaviours – A Parent’s Guide (2013).  The purpose of the brochure is “to provide parents with information to help determine whether their child’s behaviour is normal and healthy, or a sign that something may be wrong.” It deals with preschool children (up to age 5) and Kindergarten Through Fourth Grade (in other words, children from birth through age 9).

The brochure, which is being distributed throughout the province, has created quite a stir. You can read a recent article about the whole issue here. But before you go any further, why not look at the brochure for yourself? You can find it here.

Here are a few things that concern me about this brochure:

It’s not clear to me exactly how this brochure is to be used. It’s called  A Parent’s Guide but exactly how will it get into the hands of parents on PEI?Will it be available in doctors’ offices and health clinics? Will it be sent home with children from school? Will it be mailed out to households across the province?

If you are concerned about this brochure, and especially if you live in Prince Edward Island, why not contact your MLA (you can find their contact information here). And when you do, here are some suggestions for how to engage them on this issue:

When it comes to Infusing Culture, these are the tough issues that come up. We need to have our wits about us and find ways to bridge the growing divide between our faith and the public square. Be of good courage. In John 16:33 (NIV) Jesus says “I have told you these things, so that in me you may have peace. In this world you will have trouble. But take heart! I have overcome the world.”

There is a way forward. We are ambassadors of the Kingdom. We can’t claim to infuse culture if we never show up in the public places where decisions are made and tensions are resolved.