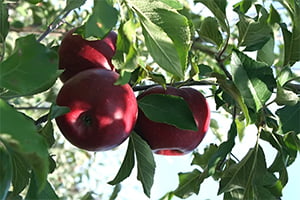 At a church anniversary service last month, I remembered an incident in Africa.

In 2005 while travelling with some Kenyan pastors, I told them my church back home was celebrating over 200 years of existence. They were impressed (their tribe had only had the gospel for 100 years). But then it came out that the congregation was still meeting in the original building and hadn’t planted other churches.

Eyes widened, mouths gaped, laughter erupted. The white man had shocked them again. That so little for our church had changed amused them. That we would hold a special service to celebrate the fact amazed them. How could a congregation that God had called together 200 years ago still be recognizably the same today? Surely this was something to hush up and drive us to our knees and the drawing board in order to discern and dream how we should re-enter society and reinvent ourselves.

Africans like tradition but love change. Change is good. Change is growth. Change is God at work and moving forward. Keeping up with him is the church’s biggest challenge. Not taking risks and being caught after five years with just what you started with is the church’s biggest fear. (At that time, our home church in Nairobi was 10 years old, on its second site, in its third building and had planted 2 other churches, but by Kenyan standards it was stayed and stagnant – thanks no doubt to western, quality controlling members like me.)

Every culture has things to teach, but also to learn. Spiritually, Sub-Saharan Africans are aggressive farmers. They see fruit as seed. Resources are quickly ploughed back into the ground so as not to remain unchanged and alone. In Canada, we want fruit too, but much of our strategizing assumes that the seed will remain intact? We prioritize permanence and plan so as to perpetuate the present with only modest growth. However, we often get negative growth for our efforts and are only left with old buildings to celebrate. Longevity is a sad church goal.

We hold up New Testament churches, idealizing and idolizing their various virtues, but do we ever admire the fact that none of them exist today in their original form? The gospel has gone around the world, but would it have been so successful if earlier churches had refused to stand out, scatter, go underground with their worship or overboard with their service? What if each fellowship’s goal had been to make it to their next anniversary?

Canada is not Kenya. Things grow and change slowly here. If they were here, my pastor friends would be scratching their heads as hard as we are. They might even join in 200th anniversary celebrations but would probably plan and pray against a 201st. Not really, but they would celebrate not that we still had fruit from the past but that we had seed for the future – seed to be sown.

After all, it’s what Jesus did for us.

He who goes out weeping, carrying seed to sow,
Will return with songs of joy, carrying sheaves with him.