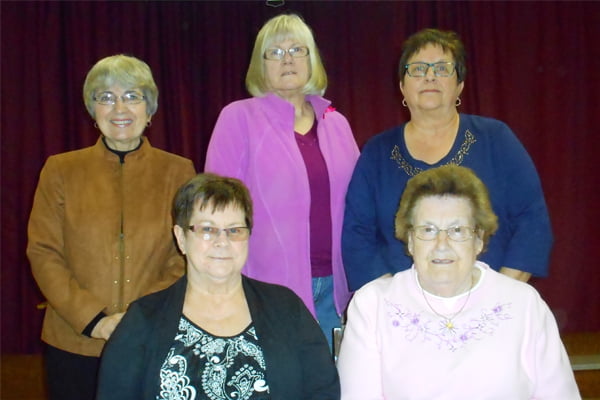 The Milton Baptist Ladies Auxiliary will be celebrating their 100th anniversary on October 16, 2016 at 11:00 a.m. at the Milton Baptist Church, Milton, Queens County, N.S. Guest speaker will be Rev. D. Mark Shaw.

Mrs. Carrie Morse, who lived in the U.S.A., and was a former resident of Milton, came home each summer to visit her father, Benjamin Kempton, a deacon of the church. It was during one of her visits that she formed a ladies Bible class in the Sunday School. She decided to organize the class and to appoint a President and Treasurer. The class decided to hold a tea every other Thursday afternoon at the home of a different member. The organization was renamed the Milton Baptist Church Teas, and it was known as such for many years.

In 1955, when the church was lost to fire, the ladies raised funds in every way feasible. As Mrs. Mildred Coombs stated in her history record of October 14, 1976, some ladies “bought a 98 lb. bag of flour along with sugar, eggs, butter, etc. and started to bake and sell home cooking.” They raised a total of $4,211.00 from all of their fundraising efforts towards the rebuilding of a new church.

With the continued support of the church family, the Milton Baptist Ladies Auxiliary is able to continue to serve both the church and the community by holding take-out suppers, catering to suppers for community organizations, holding yard sales, purchasing items for the church, and financially supporting the Milton Baptist Church. The ladies have great hopes for the years that lie ahead, and do pray that the Auxiliary will continue to play a very important part in the church they so love.