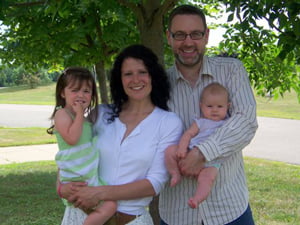 The Council of the Convention of Atlantic Baptist Churches is pleased to announce the fifth candidate for the remaining senior staff position. Several months ago, the Council formed a search committee which received several applications for the available positions. Through much prayer and diligent scrutiny, the search committee presented the names to Council for approval. We previously announced the first four names (https://baptist-atlantic.ca/news/new-senior-staff-announced/). Each of the five names will be brought to the assembly at Oasis 2012 (August 22-25 at Crandall University in Moncton, NB) for discussion and vote.

The Council is pleased to present Rev. Jon Turner for the position of Associate Executive Minister.

Jon is an ordained minister and specialist evangelist accredited by the Baptist Union of Great Britain. Jon came to faith at the age of 16 while attending a Boy’s Brigade Camp, he is known as a natural leader and pioneer, able to release people to fulfill God’s call upon their lives – to be the best they can be. Jon currently works as the Director of Mission for the Saltmine Trust in partnership with the Heart of England Baptist Association. Duties with Saltmine include directing and developing evangelistic strategies and outreach, leading specialist mission teams on cross cultural mission both in the U.K. and overseas. He has done professional mission consultancy for churches investigating new forms of missional outreach and church growth. His work also involved working with Regional Ministers identifying potential new churches and new congregations as well as assessing possible church planters and pioneering new church plants.

Jon possesses a B. A. (Honours) degree in Media and Communications obtained from Birmingham City University. His background is in Television having worked for both the BBC and QVC The Shopping Channel. He trained for ministry at Spurgeon’s Theological College, London, where he obtained both a Diploma and Master’s Degree in Theology.

He is married to Jessica and they have two little girls, Michaela (2) and Alyssa (newborn).

Executive Minister Dr. Peter Reid reflects on the names approved by Council: “I am very thrilled about the people who are being recommended to the delegates as our new Senior Staff Team. I feel like God is going before us and preparing the way for an exciting new chapter in the life of our Convention. I am really looking forward to working with the new team, I see the right mix of skills, gifts, leadership, experience and passion for God’s Kingdom in our new Senior Staff Team and I believe there are great days ahead.”