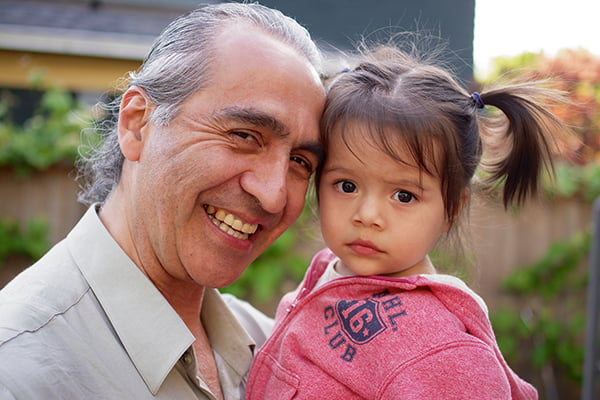 A National Story
Never underestimate the church.
God is within her, she will not fall; God will help her at break of day. Psalm 46.5

Considering that our three Anglophone Canadian Baptist regions only sponsored one or two families a year each, this goal, inspired by the Syrian refugee crisis and encouraged by Canadian Baptist Ministries, seemed irrational. 18 months later we had sponsored over 150 families! 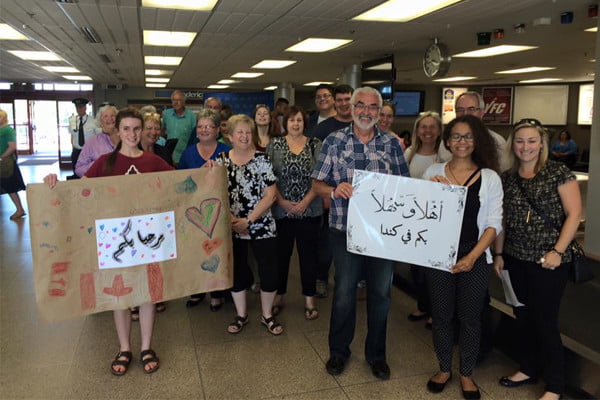 It’s been more about worship than service. It’s reminded us of how God, in Christ, sponsored us at such great cost. It’s also been hard. It does cost and (like us with God) people sometimes find it hard to trust love and show appreciation.

The family was flagged “high urgency” as their infant son had a serious heart issue. We felt led to walk alongside them, so applied, waited, wondered and prayed. Fast forward. . . Six weeks after arrival, through a series of “God moments”, little Yamen was in SickKids Hospital for a four-hour surgery. We waited together – several sponsors, the parents, and the two year-old brother, hearing “ping,” “ping,” “ping,” as messages of support from family in Jordan and Syria appeared on Facebook. Their Muslim family and friends were praying. They were moved when we told them 200 people at our church were praying too. Yamen recently celebrated his first birthday. He’s robustly healthy and about to walk on his own. We’re so honoured to be called their “Canadian family”. – Kingsway Baptist, Toronto

In April, Trinity Baptist Edmonton welcomed a young Syrian couple and their baby boy. They quickly embraced their “Canadian family” and actually distanced themselves from the Arab community. Six months later, Majd AlAjii the Syrian-born refugee coordinator for Canadian Baptists of Western Canada conducted a two-hour interview with them and the sponsors and was amazed to find the family already fluent in English. They are very much part of Canadian life and part of the church too. In October, with the help of another Edmonton church, this family was reunited with relatives who they are helping to settle. The sponsored are now the sponsors.

And from some newcomers: 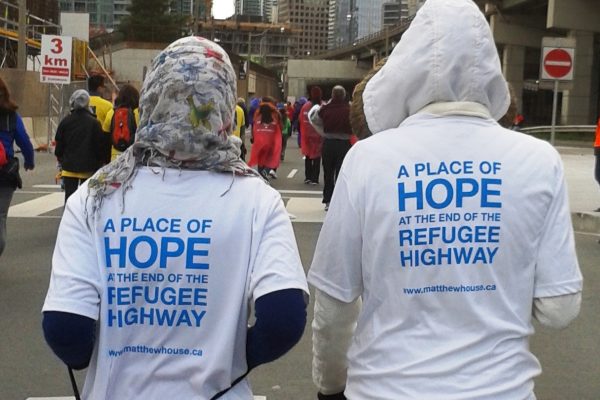 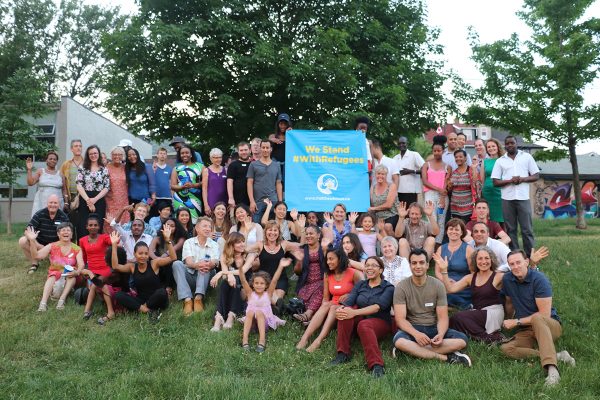 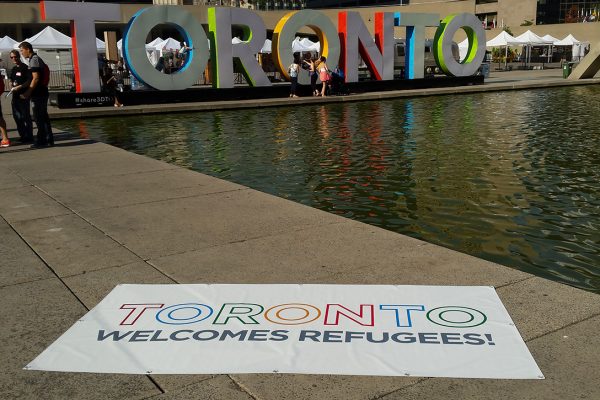 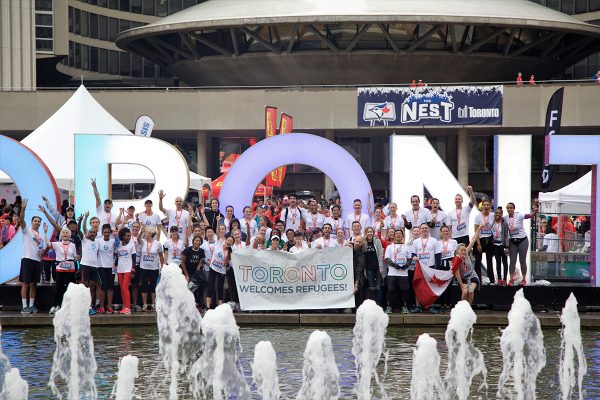 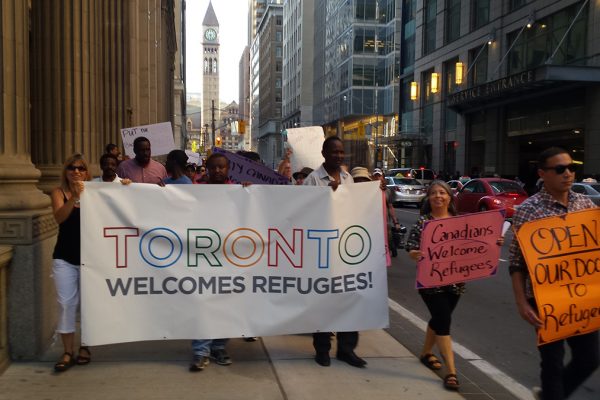 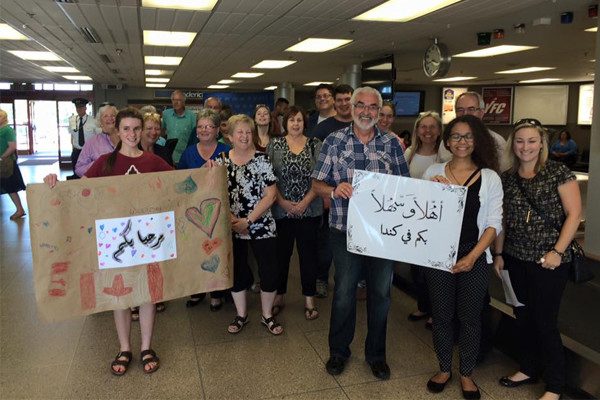 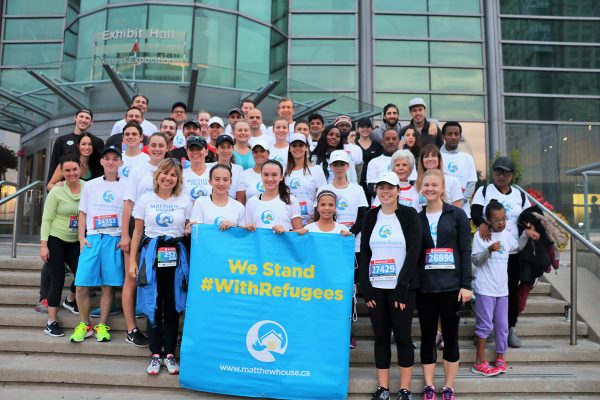 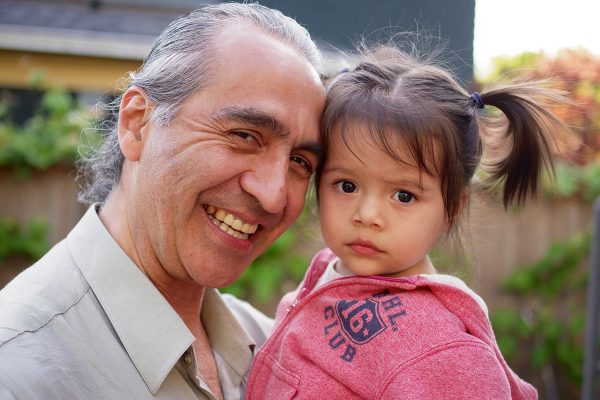 Claimants
Not all refugees to Canada are private or government sponsored. Nearly half ask for asylum upon arrival at our borders. Asylum seekers have no sponsors and often no one to welcome or assist them. They are some of our nation’s most vulnerable people.

For decades, Canadian Baptists have provided refuge and support services through the Matthew House network in Ontario and Kinbrace House in Vancouver. Thousands of lives have been touched through these homes.

The Raheem family fled the violence of Northern Iraq and arrived penniless, tired and desperately seeking a safe home for their growing family – a beautiful baby girl was born just weeks after finding shelter at Kinbrace House. A month later they were declared “refugees” and began the process of Canadian integration. Their journey isn’t easy: they worry about parents and siblings in a displaced persons’ camp in Iraq; they struggle with loneliness and depression. But, with personal support and friendship, the Rashids are experiencing a community of belonging and a life of opportunity.

What’s Next?
Some opportunities:

We can’t let this end. Such ministry won’t always be popular, but the church must be a prophetic window to the Kingdom of God, giving a glimpse of the community he creates, bringing his teachings to bear on society. We are the Body of Christ – his physical presence on earth – agents of transformation.

Never underestimate the church. God is within her.