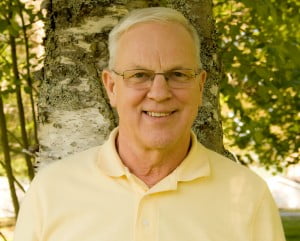 We said farewell to Rev. Jerry Horsman as he recently retired after many years of faithful service to our CABC as Regional Minister and member of the Transition Team as well as many years in pastoral service within the CABC.

Jerry was born in Ammon, a small community north of Moncton. He grew up on a dairy farm, attended the one room Ammon School and in due time, graduated from Moncton High School. Following graduation, he studied at the United Baptist Bible Training School, Gordon College, Atlantic Baptist College and Acadia Divinity College. In 1970 he earned a B.SC. degree from Gordon College, majoring in Elementary Education and in 1977, received an M. Div degree from Acadia Divinity College.

Jerry’s spiritual journey began when a caring neighbour took his brothers and him to Sunday School. God continued to do His convicting work through a Child Evangelism Good News Club at school and faithful pastors. The result was acceptance of Jesus Christ at a Leighton Ford Crusade at the age of 16.

On January 1, 2005, Jerry assumed the responsibility of Regional Minister for Region 1. Jerry is married to Allana (MacKeigan) whom he met at Atlantic Baptist College. They have four grown children: three daughters and a son and are now pleased to answer to the titles of “Grampy” and “Grammy”.

As we have dome with other staff who have retired or transitioned into something different, we took the opportunity to sit down with Jerry and record some parting thoughts. 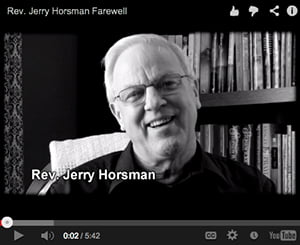