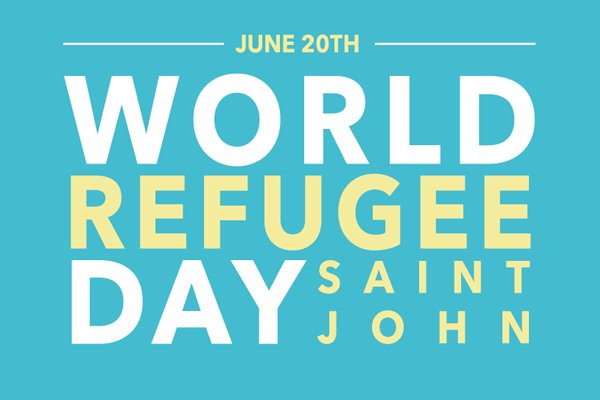 June 20th is World Refugee Day. “An unprecedented 65.3 million people around the world have been forced from home. Among them are nearly 21.3 million refugees, over half of whom are under the age of 18.” (Source – http://www.unhcr.org/figures-at-a-glance.html).

“Family separation has devastating impacts on mental health and impedes the ability of refugees and other newcomers to integrate in Canada. Family separation also leads to lost economic opportunities – for the affected families and for Canada as a whole.” – Canadian Council for Refugees

On June 20th, World Refugee Day is being celebrated in Saint John and will be focussing specifically on Family Reunification. More information can be found on their Facebook page: https://www.facebook.com/World-Refugee-Day-Saint-John-731802266928576/.

Look for gatherings and celebrations near you. 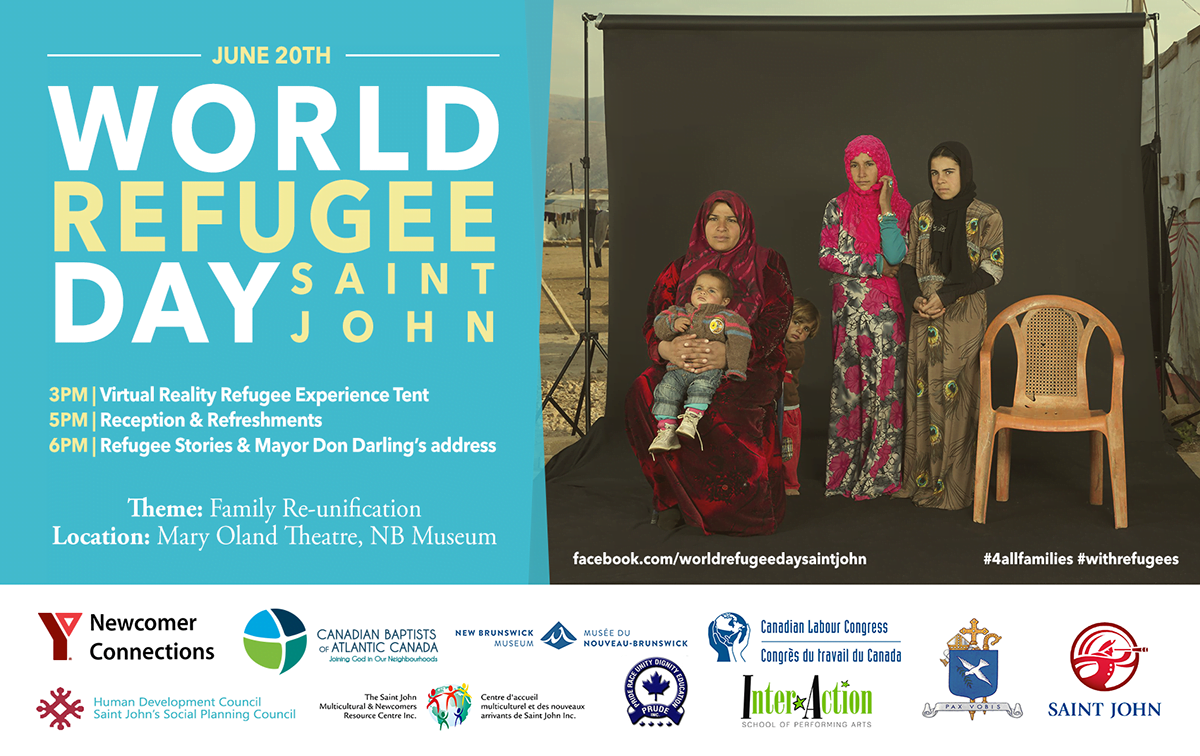