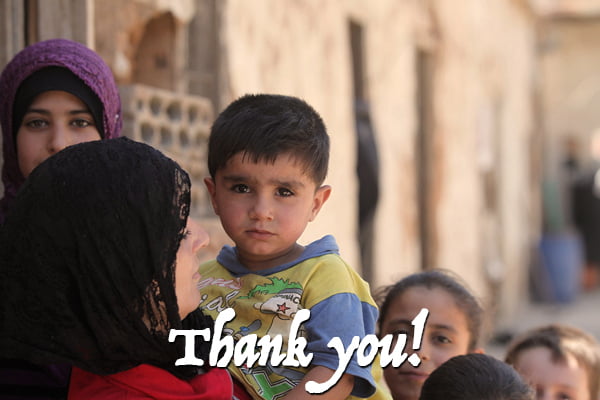 The ABW had “Walked for Refugees” and the money was given to help facilitate the many sponsorships currently undertaken by CABC churches. We are currently sponsoring 60 families with another 20 groups waiting to submit applications. Wow! (In 2014 we only applied to sponsor one family.)

This money is mostly being used for additional staff.

Many of the ABW participants who “walked for refugees” also walk with refugees. They are part of sponsorship groups or are volunteering to welcome and settle other refugee families in their communities.

At the risk of not being invited to their conference next year, let me say that many of these women are not Spring chickens. Yet how they walk!! The amount of energy (blood, sweat and tears), prayer, time and money they have invested into the lives of newcomers belies their age.

For many of our groups, the hard work of sponsorship has begun. Families have arrived and teams are now absorbing the pain and sharing the burdens of people who have lost so much and who have so much to find.

To the ABW and all those walking with the vulnerable, I dedicate this little (wrote right now) poem:

Those who wait on the Lord, who soar and run
Do their greatest feat when the rest are done
When they walk, refusing to faint,
The path of persevering saint
Joining those who no longer fly
Returning with them, to the sky.

Thank you for your examples and God bless you all.

In Christ, who walked with us,