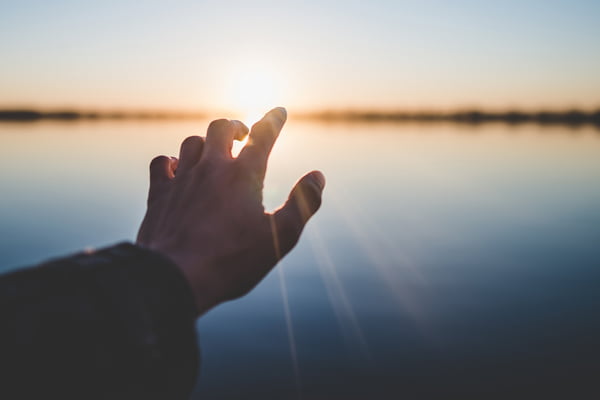 On October 29, 1778, the Wolfville Baptist Church in Nova Scotia opened its doors. That was 240 years ago! What strikes me is that this story is simply one of hundreds of stories.

We come from a history of dreamers. Our legacy is one in which our forefathers and foremothers landed on Atlantic Canadian shores with a dream of seeing the Kingdom of God come in fullness to this region! They were an “exceedingly, abundantly above” people. With Paul (Ephesians 3:20, KJV), they believed that if people would join God in neighbourhoods all across this region, God would do “exceedingly abundantly above all that we ask or think.” And it happened!

Over 200 years ago, they arrived and, in many ways, they became “church planting ninjas.” They planted in the range of five to six hundred churches over the coming decades. In communities small and large, they planted churches with a clear strategy: “as far as a horse can go in February.” Then, they would plant another. Their dream changed a region. Their strategy was so amazingly visionary that we continue to live off of that vision today. It’s an incredible legacy for which we need to be deeply thankful.

However, our region has changed. Canada has changed. No longer are we dependent upon horses to make our way from community to community. No longer are most families moving into your neighbourhood “looking” for a good church. And no longer do Christians represent a majority on the spiritual landscape of this nation.

In fact, those who call themselves “nones” (embracing no religious faith) and “dones” (having opted out of the faith they once held) are a quickly growing demographic. Add to that the millennial generation and Generation Z, many of whom are growing up with no religious memory, and the reality is clear: it’s time for a new generation to re-imagine a new day for the church in Atlantic Canada! Can we leave a lasting legacy as our forefathers did?

Historians might suggest that what we are experiencing is an “historical zeitgeist” – a change in the cultural climate or spirit of our age. Historians have tracked and documented that cultures experience fundamental shifts approximately every 500 years. These are not cultural tweaks but, rather, are fundamental changes in tone, tenor, and attitude. Some suggest that around the year 2000 we were due!

Think of the shifts that have taken place over the past 25 years that relate to the redefinition of marriage, societal shifts with the LGBTQ community, issues of transgender and sexual identity, legalization of marijuana, acceptance of assisted death…the list goes on and is growing longer. These shifts have moved at an astronomical pace and have changed Canadian culture at a fundamental level. It is the only culture my children know. That does not make those shifts right or wrong. It simply makes them our new reality.

It also means that the church that many of us once knew and loved in a previous day will not be the form of church that will attract and reach people in our current day. In fact, the form found in most of most of our churches will have diminishing evangelistic impact as the years progress.

However, the optimist in me is not discouraged. There are exciting new opportunities to reach into a culture that, more than ever, is looking for hope and meaning, joy and community. Imaginative church leaders across Atlantic Canada are reshaping vision that will impact our region for Jesus Christ. It will look very different.

Many churches will push back against the changes, but those who can see their way to embrace some new forms of “church” and renounce their own personal preferences will find themselves as part of a new generation, shaping a new vision so that we will not continue to live on the vision of over 200 years ago. Generations that follow will be able to look back to our generation and say, “Now that was a generation of dreamers that re-imagined new vision and reshaped the church for a new day!”

This article was originally published in Tidings, a magazine by Atlantic Baptist Women. Be watching for stories in “Tidings” of some of our most creative leaders who are reshaping CBAC churches across Atlantic Canada.

Kevin grew Apohaqui, NB. He graduated from Crandall University with a BA in Biblical Studies and Acadia Divinity College with a Masters of Divinity degree. Kevin has capably served on various boards and committees within the CBAC and in his community, completed the Arrow Leadership Program, and has served on the national board of Evangelical Fellowship of Canada. In 2013 Kevin was the recipient of the Distinguished Alumni Award from Acadia Divinity College. He served in youth ministry for 10 years at First Baptist Church (Dartmouth NS) before returning to his hometown in 1996 to re-plant the tiny Apohaqui Baptist Church. Since that time, the church has grown to a congregation of 550-650 people who worship and serve each week from two locations (Apohaqui and Hampton). Kevin is married to Sandra, and they have three children – Emily, Jeremy, and Joshua. He serves with the CBAC as Associate Executive Minister for New Congregations.