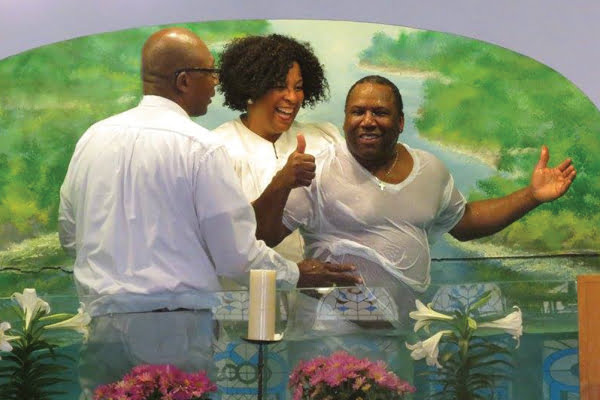 Here’s part 5 of our Easter Sunday baptism series. This one was submitted by Rev. Dr. Rhonda Britton, Senior Pastor of Cornwallis Street Baptist Church in Halifax, NS. This also appears on the cover of our most recent Connect brochure sent out to churches.

Cornwallis Street Baptist Church (Halifax, NS) began Easter Sunday with a Sunrise Service at the Africville Museum, which is a replica of Seaview United Baptist Church. The service commemorated 50 years since that community’s destruction. The last service held at the church was the Easter service of March 1967. The tiny church holds about 80 people; but this Easter, it was standing room only!

The morning emulated Africville’s traditional service of singing and testimonies. Rev. Dr. Rhonda Britton opened by reading the resurrection account in Matthew 28 and spoke about what it means that Jesus is alive. “Later, I implored people to consider their standing with God and spoke about Jesus’ instruction for believers to be baptized. I told them about our baptism service to be held at Cornwallis Street Baptist Church later that morning and invited everyone to attend,” Rev. Dr. Britton recounts.

The 10:45am service at Cornwallis Street was packed! There was a joyful, electric spirit in the house as everyone joined in song. “We had one candidate who was being baptized, a man in his 50s. But while I was speaking I was led by the Holy Spirit to extend the invitation for anyone to come and be baptized. I told them we have baptism clothes they can use. We had NO towels, I later found out!!”

“After he was immersed, I again extended the invitation. A teenager was making her way as I was speaking. As the women were helping her change into baptism clothes, one of our Sunday School children came forward, and then another child came. Their parents were with them and were overjoyed! Then an entire family – the son of our senior deacon, his wife and son came and then the others, so that the ONE multiplied to NINE! Glory to God!!”

Also attending the service was a woman who had grown up in Africville. She attended church as a child, but had not been attending in later years. She came forward trembling and in tears, saying yes to Jesus! Later, in her small group she testi ed that on Easter morning the Lord said to her, “This is it…this is your day to say yes!” (paraphrased) She came down from the balcony, through the crowd, to the water!!

“Bless the name of the Lord! This is the Lord’s doing, and it is marvelous in our eyes!”
– Rev. Dr. Rhonda Britton 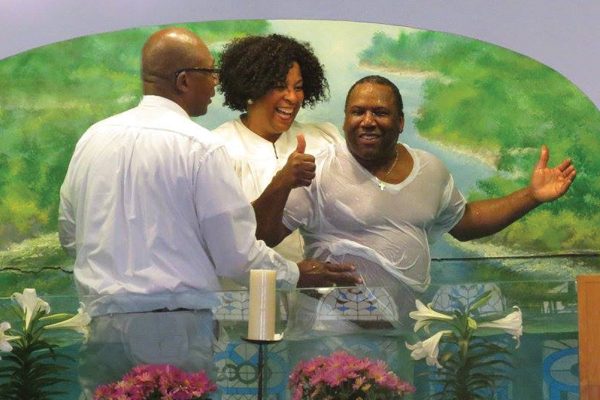 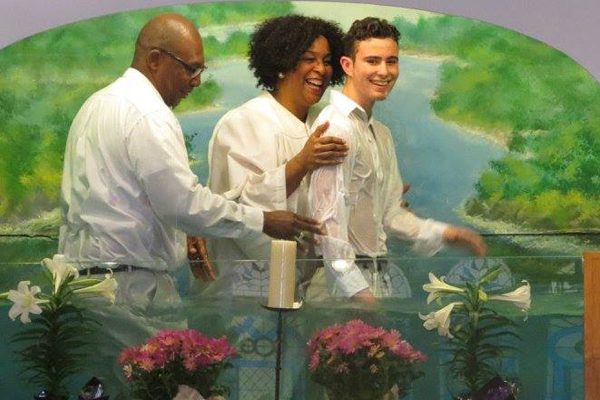 Read the others in the series here: